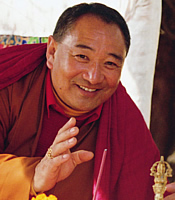 Tarthang Tulku Rinpoche is the founder and Head Lama of the Tibetan Nyingma Meditation Center in California. Rinpoche was born in 1935 in eastern Tibet, where he studied with many of the greatest Tibetan Buddhist masters of the twentieth century. After leaving Tibet, Rinpoche taught from 1962 to 1968 at Sanskrit University in Varanasi, India, where he also established one of the first printing presses to print sacred Tibetan texts.

The first lama of the Nyingma lineage to establish residence in the United States, Rinpoche founded a network of Tibetan Buddhist organizations in Berkeley, through which he actualized a vision of preserving Tibetan Buddhist culture and transmitting Buddhism to the modern world. In 2009, he founded the Guna Foundation to document these accomplishments and share the wisdom tradition of Tibet with the world. 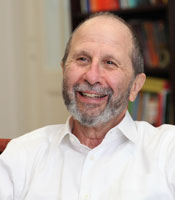 Barry Schieber received his B.A. and M.A. in Business from the University of California, Berkeley. He began his professional life as an investment analyst before becoming a student of Tarthang Tulku at the Tibetan Nyingma Meditation Center in the early ‘70s. Since, he has served as a Kum Nye (Tibetan relaxation yoga) Instructor and Dean of the Nyingma Institute, from 1988-1993. Barry also founded Silent Moon Books, which publishes his stories about Moritz, his therapy dog, and the lives Moritz has touched. In 2009, Barry became the Co-Director of the Guna Foundation. 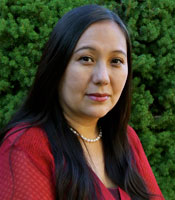 Pema Gellek is the Co-Director of the Guna Foundation, a faculty member at Dharma College, and Director of the Prajna Light Foundation. She holds a M.A. in International Politics from American University and a B.A. in Asian Studies from Mary Baldwin College, and studied with Buddhist masters in Nepal for three years.