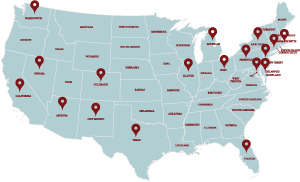 It showed on 5 of the 6 top markets: New York, Los Angeles, Chicago, Philadelphia and San Francisco.

In addition to being broadcast by PBS, Light of the Valley has also screened in 6 countries and has been accepted to the Jaipur Film Festival and Ladakh Film Festival.

11 university educational TV stations have committed to showing both films (Light of the Valley and Prayers of the Ancient Ones) in Philadelphia, New York, Nashville, Chicago, Maryland, Colorado, Illinois and Michigan.

Prayers of the Ancient Ones (Guna’s second documentary film) was accepted for public television by PBS and will begin broadcasting in late 2014.

Guna offers insight into the value and history of Buddhist cultures. Transmitting the beauty, spirit and knowledge of Buddhism, Guna acts to preserve Tibet’s wisdom tradition as part of humanity’s heritage.

Projects are funded through the generosity of individuals. Donate